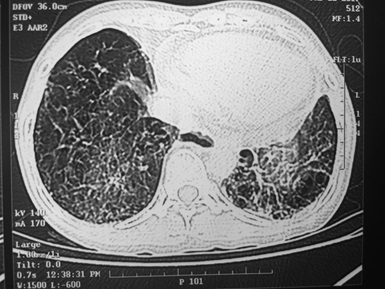 Current classifications have defined six autoimmune connective tissue diseases (CTDs), systemic lupus erythematosus (SLE), systemic sclerosis/scleroderma (SSc/Scl), polymyositis (PM), dermatomyositis (DM), rheumatoid arthritis (RA) and Sjögren’s syndrome. All six are syndromes without any definite “gold standard” for diagnosis. In early stages, the diagnosis is not always so obvious as these syndromes often have common features such as Raynaud’s phenomenon, arthralgias, myalgias and positive tests for antinuclear antibodies (ANA)[1]. Overlap syndromes are defined by a combination of features of more than one CTD present in the same patient and often defined by a specific serological test. The diversity of clinical appearance precludes reliable estimates addressing the prevalence of overlap syndromes[2].

Pulmonary arterial hypertension (PAH) is a well-known and severe complication associated with various CTDs, and occurs in approximately 10% of patients with SSc [3,4,5]. It may develop in isolation or in association with interstitial lung disease (ILD)[6].

A case of severe PAH in a patient with ILD associated with overlap syndrome is presented.

Autoimmune rheumatic diseases are classified using internationally accepted criteria, frequently incorporating the detection of specific autoantibodies as unique diagnostic markers. Anti-dsDNA and anti-Sm have been used for establishing a diagnosis of SLE; rheumatoid factor for RA; anti-centromere (ACA), anti-Scl 70, and anti-RNA polymerase I and III antibodies for SSc/Scl [7].

Overlap syndromes or the presence of a second CTD can occur in 30%–52% of patients who have a diagnosis of SLE, RA and SSc/Scl [8].The proportion of patients described as having scleroderma overlap syndromes is greater [9,10]. Unlike Scl overlaps, well-defined overlap syndromes with SLE are unusual. The one exception is the overlap of RA and SLE, commonly referred to as “rhupus,” which occurs in approximately 10% of SLE patients [1]. Having more than two CTDs existing in a single patient is more infrequent. Thorne and Piercy [11] described limited cutaneous SSc/Scl with overlap PM and inflammatory arthritis in a pregnant patient with mild ILD. Turkcapar et al. [12] were able to describe a patient with five coexisting autoimmune conditions with a fatal outcome.

The present patient’s clinical features and serology are consistent with SLE, SSc and RA overlap. With corticosteroids and the addition of a disease-modifying antirheumatic drug (DMARD), a stable disease was achieved.

Often presenting with chronic symptoms of dyspnea and cough, ILD is the primary pulmonary manifestation of CTDs [13,14]. A Hungarian cohort of SSc-RA overlap described a frequency of 77% developing pulmonary fibrosis [15]. Physical examination may reveal inspiratory crackles, and PFT results demonstrate restrictive physiology often with reduced diffusing capacity. HRCT scanning is generally sufficient to confirm the diagnosis of ILD, although, in a minority of cases, surgical lung biopsy may be required [14]. Pulmonary fibrosis in the setting of SSc-associated ILD carries a poor prognosis. The only therapy known to influence survival is orthotopic lung transplantation [16].

Patients with SSc-PAH have a worse prognosis compared to patients with other forms of PAH with one-year survival rates ranging from 1%-50% [6]. Even when compared to patients with other forms of CTD-PAH, survival is markedly reduced in SSc-PAH. On the other hand, SLE-related PAH occurs less frequently compared to SSc. The mechanisms involved are not completely understood, however, PAH is thought to occur secondary to vasculitis, pulmonary embolism or ILD. PAH affects about 0.5%–14% of patients with SLE. Survival, which was previously quite poor even when compared to SSc-PAH, is now improved and better than in SSc-PAH with estimates at 75% if given PAH-specific therapy [5]. In scleroderma-SLE overlap patients, the development of PAH is more frequent. However, if it can be ascribed to SLE, prompt immunosuppression with corticosteroids and cytotoxic drugs along with vasodilators can greatly improve prognosis [9].

A retrospective study described treatment with PAH-specific therapies, bosentan and sildenafil for 13 CTD-PAH-ILD patients, among which four had overlap syndromes. The survival estimate at a median duration of 34 months was 85% with mortality rates greater among patients with SSc versus other CTD subtypes [6].

The dramatic response to high-dose steroids is more consistent with inflammatory vasculitis of SLE activity rather than fibrosis typical of SSc. As discussed, this type of PAH has a better prognosis compared to SSc-PAH.

Overlap syndrome was diagnosed by a combination of clinical features and serology distinctive of SLE, SSc and RA. Her illness, particularly ILD, was adequately controlled over several years while being maintained on prednisone 5 mg/day and HCQ, until the recent onset of PAH complicated by right-sided heart failure. The dramatic response to high-dose steroids is more consistent with inflammatory vasculitis of SLE activity rather than fibrosis typical of SSc.

An abstract of this article has been accepted for poster presentation in APLAR 2018, Kaohsiung, Taiwan. The authors report no other potential conflict of interest relevant to the article that may interfere with the presentation, review or publication of this case.