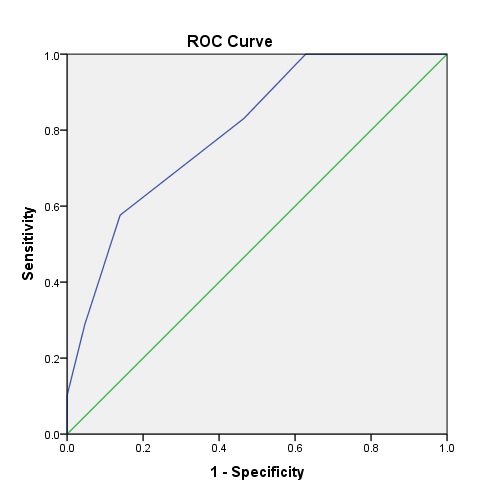 The prevalence of AKI after cardiac and aortic surgery has been well studied.[1] The development of acute renal failure is known to increase cost, duration of stay, and mortality.[2] It affects 2% to 25% of cardiovascular surgery patients and increases the mortality and costs associated with these procedures by two to five times. However, among general surgery procedures performed each year, AKI in this group of patients has been largely unstudied. In a study of 15,000 patients without significant pre-existing kidney dysfunction, Kheterpal, et al.[8] recently demonstrated that approximately 1% of major noncardiac surgery procedures were complicated by AKI, defined as a significant reduction in calculated creatinine clearance to less than 50 ml/min.[2]

In a study done by Calvert, et. al. [5] AKI in the perioperative period has serious implications being with a more complicated hospital course and associated cost implications. This is particularly the case when renal replacement therapy (RRT) is required. It is widely recognized that AKI requiring dialysis is an independent risk factor for death.[4] Even minimal increases in serum creatinine have been associated with an increase in both short- and long-term mortality, regardless of whether partial or full recovery of renal function has occurred at the time of discharge.[4]

AKI is related to the subsequent development and progression of chronic kidney disease (CKD) and the need for future dialysis. Even though considering the advances in the past two decades and our increasing knowledge of AKI there have been no significant changes in these outcomes.[6] As such, identification of risk factors, close monitoring of renal function, and early adoption of both preventive measures and treatments remain important considerations for those taking care of perioperative patients who are likely to develop AKI.[4]

A risk index was developed by Kheterpal [4] involving 75,952 non-cardiac operations in 2009. It was a compilation of outcome data from general surgery procedures performed in 121 US medical centers. The primary outcome was AKI within 30 days, defined as an increase in serum creatinine of at least 2 mg/dl or acute renal failure necessitating dialysis. A variety of patient comorbidities and operative characteristics were evaluated as possible predictors of AKI. A logistic regression full model fit was used to create an AKI model and risk index. Thirty-day mortality among patients with and without AKI was compared.

The downside to the study done by Kheterpal [4] is that the diagnosis of AKI is not based on the newer definition of AKI according to KDIGO 2012, which is widely used in our clinical practice here at the University of Santo Tomas Hospital. A study by Biteker [9] determined the incidence of AKI among 1,200 non-cardiac surgery patients, which showed that the incidence is at 5.6%. They used the RIFLE criteria for diagnosing AKI, which has basically the same parameters as the KDIGO 2012 criteria.

General Surgery refers to all types of surgery except for cardiac, vascular surgery, and ophthalmologic surgery.

Postoperative period refers to the period immediately post-op and up to 7 days post surgery.

Hospital stay refers to the period immediately postoperatively until discharged by all services.

Renal Replacement Therapy refers to the use of any type of hemodialysis (CRRT), conventional dialysis and SLED, or peritoneal dialysis for the management of AKI.

This was a cross-sectional study in patients who undergo non-cardiac surgery and develop AKI postoperatively versus those who do not develop it. Data will be collected by chart review from September 2015 to May 2016. Consent from the medical director will be acquired before reviewing the patient’s medical records.

The inclusion criteria for the study participants in this study were that the patient is at least 18 years of age, should have been admitted at the hospital for non-cardiac surgery between 2015 and 2016, and if preoperative serum creatinine within 30 days of the operative date was available.

All patients who were undergoing general surgery will be screened for the inclusion and exclusion criteria. Information such as age, sex, active congestive heart failure, ascites, hypertension, emergency surgery, intraperitoneal surgery, renal insufficiency - mild or moderate, and diabetes mellitus (oral or insulin therapy). Laboratory/imaging findings which include creatinine (umol/L) were collected. To determine the homogeneity of the study population the baseline characteristics of patients were shown in a table. The clinical and laboratory findings of the study participants will be recorded in a data collection form. The frequencies of AKI requiring RRT and length of hospital stay will be tabulated for each study population.

Descriptive statistics of socio-demographic and clinical variables will include frequencies and percentages for the qualitative variables and means and standard deviation for the quantitative variables. It will be according to the two scoring indices. Sensitivity, specificity, and positive and negative predictive values were determined to be plotted in the ROC graph to determine the AUC in predicting AKI in the postoperative period among general surgery patients. Once the ROC curve is graphed, the AUC or the c-statistic will be determined. A two-tailed p-value of <0.05 will be considered statistically significant.

This study will be guided in agreement with the ethical guidelines set out in the ICH Good Clinical Practice and National Ethical Guidelines and updated Declaration of Helsinki 2016. The proponents of the study secured approval from the Institutional Review Board prior to doing the research. Since this will be a retrospective study, no consent form will be required to acquire data for the patients enrolled in our study. Instead a consent from the Hospital Medical Director for the review of charts of patients will be acquired.

Since this is a researcher initiated study there will be no conflict of interest for financial considerations. Since this is a retrospective study and in the collection of data, the names of patients will not be disclosed, there will be no familial and proprietary conflict of interest. The data gathered and identity of the patient will be labeled by their corresponding code/patient number. Only the researchers can have access to the data.

At present, there will be no plans to use the data aside from the objectives stated in the protocol. There will be no plans to digitally store the data or make the data available to others. The main proponent of the study is the main author from the Section of Nephrology, Department of Internal Medicine. The supervising consultant is a consultant at the USTH. This research paper will be submitted for national and international publication groups and may be chosen for publication. In all portions of the paper, the author was duly acknowledged.

The USTH section of nephrology possessed a database of admitted patients from September 2015 to May 2016. Around 189 patients had surgical procedures done. A total of 189 charts were retrieved. Since 18 patients had cardiac and vascular surgeries and 26 patients were dialysis-dependent, they were excluded from the study. Only 145 patients remaining were eligible for the study. Postoperative creatinine and urine output were determined within 7 days post operation and classified as having AKI based on the KDIGO criteria. Of the 145 patients around 59 (41%) patients had AKI based on the KDIGO 2012 criteria and 86 (59%) patients did not meet the criteria.

Table 2 shows the number and respective percentage of operations done in the subject population in decreasing order. This shows us that the most common procedure done on the study population are hindgut and urologic procedures. Hindgut procedures include surgeries of the small bowel, large intestine, rectum, and anus while urologic procedures encompass non-invasive procedures such as ureteroscopy, with or without stent placement, to invasive ones which include cystectomies and prostatectomies. This is followed by musculoskeletal procedures which include orthopedic procedures, wound debridement, and mastectomies.

The data in Table 1 entitled "Baseline characteristics” was presented to show us the possible risk factors for AKI between those groups who had AKI post surgery and those who did not have AKI postoperatively. The significance of this data is an attempt to recreate that those with AKI do really have these factors as confirmed by their higher percentage in the AKI group as identified in the study of Kheterpal.[4] It was shown in the study population that those with AKI were significantly older, had more patients with renal insufficiency, emergency surgery, ascites, acute congestive heart failure, hypertension, lower mean eGFR, recent MI, and PAOD. The study population failed to show that those patients with AKI had a significant percentage of male patients, intraperitoneal operations, had type 2 diabetes, and had previous cardiac interventions; since the p-value was not less than 0.05. This does not mean that these are not risk factors for AKI. We cannot just draw any conclusions based on our study population. If we included more patients maybe we can see a difference and confirm that they are really risk factors for AKI.

Table 2 was presented so as to show that the study population included in the study had diverse procedures, to show the general applicability of the risk index to different types of surgeries. Table 3 was presented to show us how the sensitivity and specificity of patients are grouped according to their number of risk factors. The sensitivity and specificity will be plotted in the form of the ROC curve as shown in Figure 1. Figure 1 is presented to show us the plotted points from Table 3 to construct the ROC curve. The ROC curve analysis is the primary statistical tool in this study to determine if the AKI risk index by Kheterpal [4] is enough to identify patients at risk for AKI in the postoperative period. It is through the AUC if the AKI risk index has significant discrimination in those patients who really are at risk.

Figure 1 shows us a graph wherein we plotted the coordinates of sensitivity specificity in Table 3. The sensitivity is plotted in the x-axis and 1 specificity is plotted in the y-axis in Table 3 to generate the ROC curve. The ROC curve summarizes the sensitivity and specificity of the different cut-off points (number of risk factors) by determining the AUC. In general, an AUC of 0.5 suggests no discrimination (the ability of the test to predict AKI is no different from chance alone). An AUC between 0.7 to 0.8 is considered acceptable, 0.8 to 0.9 is considered excellent, and more than 0.9 is outstanding.[11]

As shown in Figure 1, the AUC was determined through the ROC curve of the cut-off points (number of risk factors). The AUC was at 0.799 (95% CI: 0.729–0.870). This means that the AKI risk index developed by Kheterpal is a fair or acceptable predictor of AKI among non-cardiac surgery patients at the UST Hospital in the postoperative period. Based on the ROC analysis, the AKI risk index by Kheterpal [4] is a tool that can be valid and adapted in our department, considering that the previous study was done in a different setting.

The subject population in the study was at 145, of which 41% had AKI and 59% did not develop AKI. In the study population, patients in the AKI group had a statistically significant mean old age and eGFR. They also had a statistically higher mean percentage of renal insufficiency, emergency surgery, ascites, active congestive heart failure, PAOD, hypertension, and recent heart attack compared to those who did not develop AKI postoperatively. Based on the ROC analysis, with an AUC = 0.799 (95% CI: 0.729–0.870), the AKI risk index by Kheterpal [4] is a fair or acceptable predictor of AKI in the postoperative period, with a sensitivity of 57.6% and specificity of 86%, if with more than five risk factors identified. The AKI risk index may not be a strong predictor but it is still applicable and a valid predictor of after non-cardiac surgery patients at the UST Hospital.

Based on the ROC analysis (an AUC = 0.799 (95% CI: 0.729–0.870) the AKI index for non-cardiac surgery developed by Kheterpal [4] was applicable to eligible patients admitted to the UST. Based on the results of this study, it is recommended that this AKI risk index be used in our local institution.

Table 1. Baseline characteristics of those patients with AKI postoperatively and those who did not develop AKI.

Table 2. The percentage of type of surgery done among the study population.

Table 3. Sensitivity and specificity of the AKI risk index in predicting AKI after general surgery.