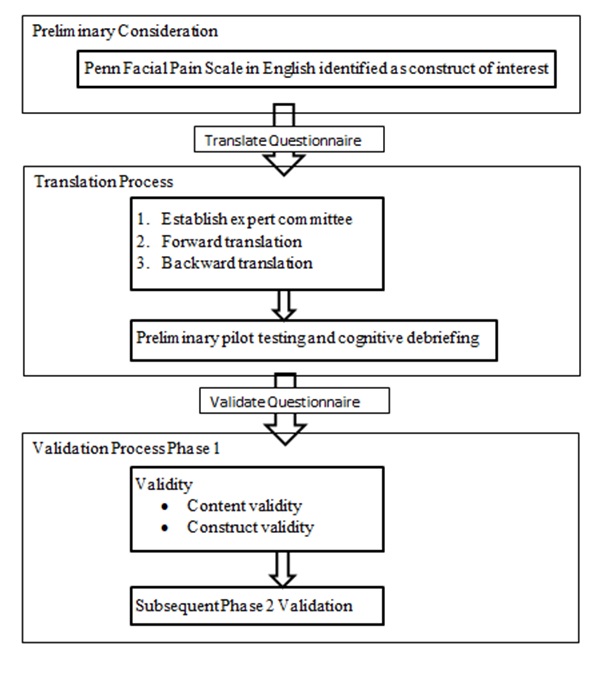 Trigeminal neuralgia (TN) or tic douloureux is a chronic, paroxysmal, unilateral neuropathic pain of the fifth cranial nerve. It has been described in literature as early as first century AD by Arateus (1).

Its overall incidence of TN was reported to be at 4.3 – 4.7 per 100,000 persons per year for both genders and was noted to be more common in females with a ratio of 3:2 (age adjusted female 5.9 vs. male 3.4) (1,2). More recent studies done in Europe, however, have shown a significantly higher incidence of TN at 26-28.9 per 100,000 person years (3–5).  Mean age of onset is 52-58 years old in its idiopathic form and 30-35 years in those with secondary causes of TN such as demyelinating disease, neoplasms or trauma. TN incidence increases with age in both genders.

TN is mainly a clinical diagnosis where the key feature is the paroxysmal excruciating pain felt within the trigeminal nerve distribution over the maxillary (35%), mandibular branches (30%), both maxillary and mandibular (20%), ophthalmic and maxillary (10%), ophthalmic (4%) and all branches of the trigeminal nerve (1%) (6). Most patients would describe the pain as sharp, superficial, burning, stabbing or electric-like in quality usually of high intensity. These attacks may last for a few seconds to a maximum of 2 minutes with spontaneous remissions but would recur repeatedly. TN can be precipitated by sensory stimulation of trigger zones usually over the nasolabial or intraoral area (7) but may be located within any region of dermatome of the trigeminal nerve. Stimuli can be as simple as light touch, flow of air, talking, drinking or eating. (8,9)

Pain, in general, is associated with a negative impact on patients’ quality of life especially when uncontrolled.  Patients have reported changes in physical, psychological and social well-being (10,11). Between neuropathic and somatic pain, neuropathic pain has been found to have higher degree of impairment in patients’ quality of life, mood (anxiety and depression) and sleep (12–14). Because of this, it is prudent to assess patients’ pain and the degree of impairment in TN.

This is a validation study where the Penn Facial Pain Scale (PFPS) was translated to our native Filipino language. The authors believe that adequate pain assessment not only includes pain severity but also the influences it dictates over a person’s life and activities of daily living. It is only with understanding and knowledge that we will be able to treat our patients adequately.

Ten experts in the field of Neurology from the University of Santo Tomas Hospital were recruited to assess the content and face validity of the translated PFPS.  Each respondent was tasked to rate each of the items as 1- not relevant, 2-somewhat relevant 3 – quite relevant and 4 – highly relevant. Based on the item level content validity index score (i-CVI), all of the items scored equal or greater than 0.8 and were accepted and maintained in the questionnaire. See table 2 below.

Face validity was also initially evaluated by the experts and their comments and suggestions were recorded (Table 3). For item number 2, there was some confusion regarding the meaning of the statement “Lagay ng damdamin”. The authors opted to rephrase it to “kalagayan ng damdamin” which was clearer.  For item number 3, one expert suggested to use “paglalakad” instead of “paglakad” which we adapted.  For item number 5, there was a suggestion to change “pakikisama sa ibang tao” to “pakikitungo sa ibang tao” however, the authors deemed that “pakikisama” was a much simpler word which can be understood by patients hence it was retained. For item number 14, we likewise retained the word “pagkonsumo” since “paglunok” would mean swallowing and facial pain would point more to difficulty in opening mouth and pain when food touches the inner portion of the cheeks. The revised Filipino translated PFPS questionnaire can be seen in Appendix 4.

Eight patients with TN were recruited to appraise the face validity of the revised Filipino questionnaire. Cognitive debriefing was done and they were interviewed regarding their understanding of the items, its relevance, on whether they had any suggestions regarding improvement, aptness of response choices, clarity of instructions and whether the statements were offensive or upsetting. Almost all of the TN participants commented that all the items, instructions and response choices were well understood and that there were no changes necessary. Only one TN participant commented that the response choices were hard to understand or “mahirap lang intindihin”. However, she did not have any other suggestions on how to better state the choices (Table 2). We opted to retain the 0-10 (11-item) scale as this was the most commonly used rating system for pain.

Classical TN is caused by compression of the trigeminal nerve at the root entry zone usually by an aberrant vessel in 80-90% of cases (15,16). The looping and elongation of the intracranial blood vessels that occurs in natural aging increases the chances of vessel contact with the nerve root. Pulsations cause indentations and damages  leading to a circumscribed area of demyelination and remyelination (7,15). Electron microscopy of samples taken during microvascular decompressive surgery has shown dysmyelination, juxtaposition of denuded axons, axonal loss and degeneration as well as collagen deposition (17).

A number of other compressive lesions can cause secondary TN such as solid tumours, cysts, saccular aneurysms (18) and arteriovenous malformations. In some cases, primary demyelination (eg. Multiple sclerosis [MS], 1-5%) or changes in neural function by an MS plaque can be the source of the neuralgia (8,15,16).

An infiltrative lesion of the trigeminal nerve, nerve root and gasserian ganglion as well as infarctions over the pons and medulla have also been implicated as sources of TN(15).

The pain ascribed to TN has been attributed to the hyperactivity or abnormal discharges from the Gasserian ganglion. Demyelinated areas of the axons release ectopic signals stimulating the already active fibers and transiently increasing activity in previously electrically silent ones (8). Ephaptic cross-talk between fibers mediating light touch and those involved in pain may account for the precipitation of neuralgia by tactile stimulation of facial trigger zones (so called, Allodynia) (8,15).

TN is mainly a clinical diagnosis and no specific tests are currently used for its diagnosis. A detailed history taking and clinical examination of the patient will clinch the diagnosis and hence, should always be performed (8).

Since pain is the main symptom in TN, generally, the most commonly used scale is the visual analogue scale (VAS). It is an instrument with a 10 cm horizontal line and 2 descriptors at each end representing pain intensity (eg. No pain and worst pain). It is used to estimate pain intensity and can be used to check for efficacy of pain alleviation. Patients then are asked to rate their pain intensity by making a mark on the line representing their pain intensity. The VAS is scored by measuring the distance between the “no pain" end and the patient’s mark.  The 11-point numerical scale likewise assesses pain intensity where the patient is asked to grade pain from a scale of 0 (no pain) to 10 (severe pain). Categorical ratings (mild, moderate, severe) of pain intensity may also be used.

Another frequently used measurement tool is the McGill Pain Questionnaire (MPQ) which asks the patient to indicate the sensory, affective, evaluative and miscellaneous aspects of pain. This scale contains 78 descriptors of the pain where the rank value of the descriptor is based on its position in the word set.

In terms of assessing medication effect, the Barrow Neurological Institute Pain Intensity Score  rates the pain from I to V by evaluating  pain severity along with need and adequacy of medications (19). The other domains of pain and its effect on quality of life can be assessed using different outcome measurements (i.e. use of Beck Depression Inventory for emotional function; Multidimensional Pain Inventory Interference Scale for physical functions; global assessment in change for improvement post treatment among others).

For this study, the PFPS, which is more specific for facial pains, was selected and translated into the Filipino language.

The original Brief Pain Inventory is a simple, self-administered validated scale which has been used for years and has been translated to multiple languages. It was originally developed by Cleeland in 1984 for pain mainly of oncologic in etiology. It was found to be more advantageous compared to the VAS because it can assess pain intensity and degree of interference with lifestyle and functionality (20).

The Penn Facial Pain Scale (Appendix 1), previously Brief Pain Inventory –Facial, is a validated multidimensional tool that contains 18 questions measuring the 3 domains of pain namely: intensity, interference with general activities and face specific pain interference. It was developed and tested by JY Lee et al last 2010 and was published in the Journal of Neurosurgery (21–23).

General Interference with activities of daily living is measured for 7 different activities namely general activities, mood, walking, normal work, relationship with other people, sleep and ability to enjoy life. It is measured using the Likert scale from 0 (“does not interfere”) to 10 (“completely interferes”).

Pain intensity is measured in 4 items as pain at its worst, least, average and at present. A Likert number rating scale ranging from 0 (“no pain”) to 10 (“pain as bad as you can imagine”) is also used.

Ease of administration and comparison between assessments, as well as inclusion of face specific activities were essential considerations in the decision for choosing PFPS as a tool for assessing pain of TN hence the impetus to translate the scale into our native language

Conclusion and Limitations of the Study

The final translated Filipino version is similar to the original PFPS and can be used in the evaluation of pain in TN. However, a Phase 2 study regarding reliability should be done ideally prior to utilizing it in clinical setting.

The authors did not receive any monetary incentives for this study and it is not funded or supported by any pharmaceutical company. The principal investigators have nothing else to disclose.

The authors would like to thank Dr. JY Lee, the developer for Penn Facial Pain scale for giving us the opportunity to translate this evaluation tool. We would also like to acknowledge Dr. Venus Rosales and her team of statisticians for helping us from day 1 of protocol writing until the completion of the article and to the expert respondents for sharing their time and knowledge. Our deepest and most sincere gratitude to our patients, you are the heart and essence of our being as doctors and researchers.