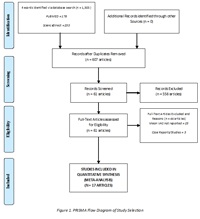 Botulinum neurotoxin is produced by the anaerobic bacterium Clostridium botulinum. (19) Its strains produce seven antigenically distinct neurotoxins designated as serotonin types A-G. (19) All serotypes have a similar structure and molecular weight, consisting of a heavy (H) chain and a light (L) chain joined by a disulphide bond. (19) They interfere with neural transmission by blocking the release of acetylcholine, the principal neurotransmitter found at the neuromuscular junction. (19)  After transmission is blocked by botulinum toxin, the muscles eventually become clinically weak and atrophy. (19) The nerve terminals do not degenerate, but the blockage of neurotransmitter release is irreversible. (19) Function can be recovered by the sprouting of nerve terminals and formation of new synaptic contacts; which usually takes around two to three months. (19)

Synthesized as a single chain polypeptide, botulinum toxin has a relatively low potency until it is cleaved by trypsin or bacterial enzymes. The action of botulinum toxin involves a four step process: (1) high affinity, serotype specific binding by the heavy chains to receptors on presynaptic membrane of cholinergic nerve endings; (2) receptor-mediated, energy dependent internalization of the complex (endocytosis); (3) translocation from the acidic endosome of the cytosol; and (4) enzymatic cleavage by the light chain, a zinc dependent protease, of selected proteins that are critical for fusion of the presynaptic acetylcholine vesicle with the presynaptic membrane, thus preventing the release of acetylcholine into the synapse. (9)

Botulinum Neurotoxin Type A, abbreviated as BoNT/A, is one of the most potent biological neurotoxin ever discovered, with an estimated intravenous median lethal dose of 1ng/kg (18). This neurotoxin is produced by the Gram-positive rod-shaped, anaerobic bacterium Clostridium botulinum and other species of the Clostridia family (C. butyricum, C. baratii, and C. argentinense). (18) BoNT is a complex protein with two distinct parts: the neurotoxic part which proteolytically aims at the synaptic proteins involved in vesicular neurotransmitter release, and the auxiliary protein part. By and large, there are seven well-known antigenically distinct serotypes of BoNT, from BoNT/A to BoNT/G. (18) Even in low doses, intravenous administration of this toxin, especially BoNT/A, BoNT/B, and BoNT/E, can cause botulism in human and potentially lead to death.

Albeit the dreadful effect of the botulinum toxin, the advent of medical technology paved way for the purification of the toxin so it can be used for various medical purposes. Aside from the mainstream usage of botulinum toxin for cosmetic purposes, as in the management of wrinkles, the toxin has been used as a treatment option in different neuromuscular and autonomous disorders. (18) In 1987, Brin et al., (2) reported that 14 of 19 (74%) patients been treated with BoNT for cervical dystonia experienced pain relief. Further, Binder et al., (3) Showed that migraineurs who received BoNT to treat hyperfunctional facial lines experienced improvements in migraine headache after BoNT injection. These results engaged researchers to further assess the efficacy of BoNT injection in the treatment of headache and other types of pain. To alleviate pain associated with numerous neurological conditions BoNT injections have been applied to predetermined fixed sites, irrespective of the site of pain, i.e. specifically targeted to the sites of pain, which is referred to as ‘following the pain’ technique. (28)

A number of literatures suggested that BoNT is useful for analgesic purposes in many musculoskeletal pain such as myofascial pain, low back pain, temporomandibular joint disorders, osteoarthritis, headache (27) and pelvic pain in women. (4) Despite documented efficacy of botulinum neurotoxin type A (BoNT/A) in dealing with a range of pain disorders, there is paucity of literature illustrating its significant efficacy in muscle-based (nociceptive) type of pain. Hence,this meta-analysis was conducted underpinned on the clinical question: How effective is botulinum neurotoxin type A (BoNT/A) in treating patients with muscle-based (nociceptive) pain disorders?

This study included all possible randomized controlled trials (RCTs) or experimental studies on the effect of botulinum toxin on muscle-based and visceromotor pain. The P.I.C.O.T. framework (population, intervention, comparison, outcome, and timeframe) was used in developing our clinical question, guide the literature search, and evaluate eligibility of potentially relevant research papers. (19)

Included were all studies that involved muscle-based and visceromotor pain syndromes, regardless of the respondent’s age or sex that involved the use of the BONT/A in addressing pain. The comparison was any form of intervention given to the control group (e.g. placebo, usual or standard treatment, etc.). The primary outcome of interest was the pain scores of the study’s respondents. No specific timeframe was set for the assessment of pain in the studies that were reviewed. Furthermore, this research did not impose any limitation on the date of publication of research papers. Only papers written in English were included in this study.

This study searched relevant literature in various search engines and research databases, namely:PubMed, Sciencedirect, EBSCO Host,and Google Scholar. Aside from the literatures that were acquired from these searches, we also scrutinized the references of these studies for potentially relevant studies. Additionally, gray literature (defined as reports produced by all levels of government, academics, business, and industry in print and electronic formats but are not controlled by commercial publishers) were also included and searched over ProQuest Dissertations & Theses Database and ClinicalTrials.gov.

Title, keywords, and abstract of publications identified according to the aforementioned search strategies were independently screened by these reviewers. Inclusion criteria for title and abstract screening included trials or experimental studies on botulinum toxin on pain (muscle or visceromotor). The same reviewers independently scrutinized full-text researches for final inclusion in the study. Characteristics of included studies are shown in Table 1. In instances of disagreement between the reviewers, these discrepancies were managed through a discussion.

The quality of each selected research article was assessed and rated as either high, moderate, low, or very low quality. In the assessment of risks and biases across the selected researches, the Cochrane Collaboration’s tool was employed. The following aspects of the researches were appraised: sequence generation, blinding, allocation concealment, incomplete outcome data, selective outcome reporting, and other sources of bias. Albeit randomized controlled trials or experimental studies will be generally rated as a high quality, their quality ranking may be downgraded based on other parameters. The parameters that may decrease the quality of evidence included serious limitations in design, imprecision of results, unexplained heterogeneity, and indirectness of evidence and high probability of publication bias.

Data that were extracted from included studies will be carried out by two independent reviewers. An abstraction form was developed and pretested on a number of papers. The abstraction extracted information regarding the authors, publication year, study design, study location, source of funding, duration of study, inclusion criteria, exclusion criteria, duration of pain, type of pain or pain syndrome, participation rate, attrition rate, dose of botulinum toxin administered, outcomes, adverse effects, and results. Disagreements were resolved by discussion between the reviewers. Changes or improvements were first discussed by the reviewers.

The variable that was of primary interest in the study was pain or pain syndrome on muscle- and visceromotor disorders. We employed the P.I.C.O.T. framework (population, intervention, comparison, outcome, and timeframe) in developing our clinical question, guiding our literature search, and assessing eligibility of potentially relevant research articles.

The mean and standard deviation (SD) of pain scores were utilized to calculate the standardized mean difference (Std. MD) and was used in meta-analysis.

This study did not assume one effect size among all the studies that were included. Hence, the overall effect for each meta-analysis was derived using a random-effects model (REM), which takes within-study and between-study variation into account. The mean and standard deviation of the pain scores were utilized to calculate the standardized mean difference (Std. MD). Statistical heterogeneity between studies were scrutinized using Q statistics test, I2 statistics, and tau squared (τ2) statistics.

The literature search retrieved a total of 1,303 articles. After screening these publications, only 61 remaining papers were screened for eligibility. From these articles, 44 were further removed due to the following reasons: (1) 25 articles did not reported the mean and standard deviation of the VAS scores; (2) 3 studies were case reports and/or case studies; (3) 2 articles were repeated measures study without a comparison; and, (4) 9 studies were qualitative studies. As presented in Figure 1, a total of 17 articles were included in the meta-analytic study.

All studies selected for this review were randomized controlled trials with a total of 17 research papers. Table 1 presents a summary of the characteristics of the included studies.

Pooled data analysis illustrated that there is a significant difference in the muscle-based and visceromotor pain scores, with lower pain scores in the Botulinum Toxin A group. This result may be attributed to the pathophysiological mechanism of botulinum toxin A (BoNT/A) that involves the blockade of acetylcholine (Ach) neurotransmitter release from the pre-synaptic nerve at the neuromuscular junction. (18,27) As a result of such action, muscle contraction is halted and leads to muscle relaxation. The current finding may also be explained by the biological response of the body with botulinum toxin A (BoNT/A). The analgesic effect of BoNTmay be due to the inhibition of release of local neuropeptides substances such as substance P, calcitonin gene-related peptide (CGRP), glutamate, and transient receptor potential vanilloid 1 (TRP1), all of which mediate actions on the neuromuscular junctions and muscle fibers of the body. (27) This effect, alongside the immediate relaxation of the muscles, leads to lower pain-inducing substances (e.g. prostaglandins) thus, lower pain scores.

Nonetheless, the large heterogeneity indicates that approximately 74% of the total variability was caused by the difference in the true effect sizes or between-study variance and only 26% was due to sampling error or within-study variance. Although the variation between each study was already accounted by using random-effects model and were attempted to be explained using subgroup analyses according to dose concentration and length of follow-up periods, the variability was still significantly large and may affect the estimated pooled values. In response, future studies must attempt more exhaustive search techniques to increase the sample size of clinical trials that will be included in future meta-analytic studies. Further, identifying other possible sources of heterogeneity that can be considered.

The researchers recognized the limitations of the study which included a small sample size of studies included which accounted to the high heterogeneity of the studies. Further, although included in the search plan and technique, there was no unpublished study (e.g. institutional papers, theses, or dissertations) retrieved to date. Finally, subgroup analysis was only conducted on two stratifications: dose concentration and period of follow-up.

Disclosure and Conflict of Interest

This research has no disclosure of interest to report.