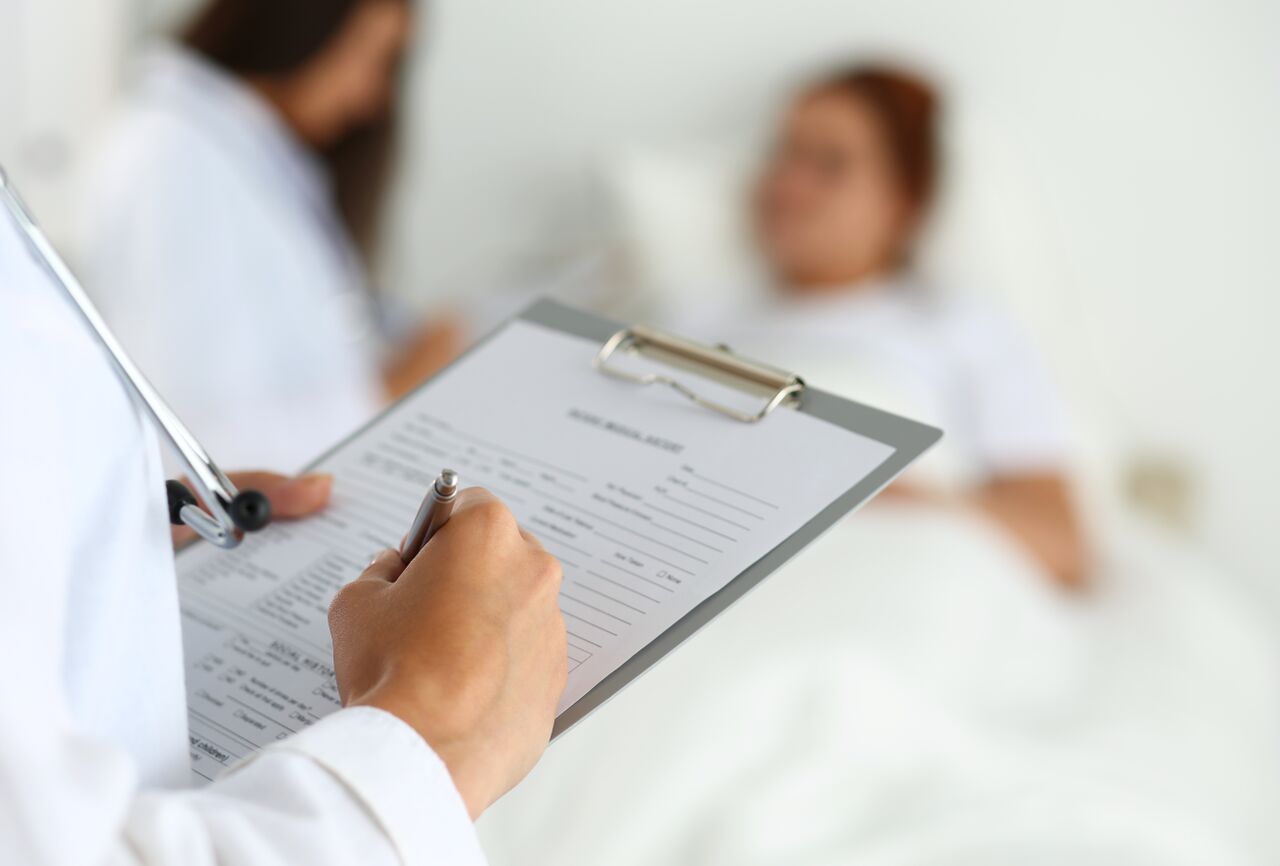 Dyslipidemia is a risk factor for atherosclerotic heart disease. It also predisposes to type 2 diabetes mellitus (T2DM) and forms a part in the development of metabolic syndrome. Much of the studies have been focused now on the postprandial metabolic abnormality as a contributory cause of cardiovascular disease in T2DM and in other conditions associated with insulin resistance (1). In fact, postprandial lipemia represent a novel risk factor for vascular disease in people with or without T2DM. Among Filipinos, median time for postprandial lipemia peak (for cholesterol, triglycerides (TG), high density lipoprotein (HDL)) is at 4th to 5th hour (2). Abnormal increase in postprandial dyslipidemia has been attributed to exaggerated response of postprandial triglyceride-rich lipoproteins (TRL) and accumulation of cholesterol-rich remnant (3). The increase of TRL in the circulation has adverse effects on the metabolism of both low density lipoprotein (LDL) and HDL species as well as on the arterial wall. TRL particles may be directly trapped to vessel wall and cause endothelial dysfunction and oxidative stress (4). Therefore, excessive postprandial lipemia may be a more important contributor to CHD risk than can be assumed from triglyceride values alone. Postprandial hypertriglyceridmia can be a good marker for cardiovascular outcome because it can be an independent risk factor for early atherogenesis in T2DM. Along with aggressive control of postprandial hyperglycemia is the aggressive control of postprandial lipemia to prevent microvascular and macrovascular complications (5).

The sample size was based on the number of patients who are on alternate statin and fibrate combination or on statin or fibrate given alone on alternate days seen within the study period.  Subjects included in the study were: >18y.o. with T2DM and hypertension, with baseline and follow up lipid profile (cholesterol, triglyceride, HDL and LDL) and on alternate statin (atorvastatin 20 to 40mg), and fibrate therapy (gemfibrozil 300 to 600 mg and fenofibrate 145-160 mg) given alone or in combination. Patients with baseline lipid profile but no follow up were excluded from the study.

The mean difference of the cholesterol, triglyceride, HDL and LDL at baseline and on most recent follow up were obtained. Data was analyzed using the T-test with percent reduction considered significant at P value <0.05.

The mean differences of the lipid profiles from baseline to follow up are shown in Table 2 to 4. Table 2 shows the alternate atorvastatin and gemfibrozil combination effect on the lipid levels. The percent reductions were 7% for cholesterol, 15% for triglyceride and 37% for LDL. Reduction was significant with P values at 0.02 and 0.019 for cholesterol and LDL respectively with use of the alternate day combination atorvastatin and gemfibrozil. The percent reduction in LDL is comparable to the study made Natarajan et al. wherein the LDL was reduced by 39.2%

Table 3 shows percent reduction of cholesterol and LDL with alternate atorvastatin and fenofibrate treatment. Reduction was 41% and 20.4%, respectively.

Table 4 shows no percent reduction in the triglycerides when the gemfibrozil 300-600mg 2x a day was given on alternate days. For the atorvastatin 20-40mg tablet given alone on alternate days, the cholesterol was reduced by 39% from baseline and LDL reduced by 62%. There was only 1 patient on fenofibrate 160 mg tablet once a day. The triglyceride value of this patient at baseline 40mg/dl and 98mg/dl on follow up.  Although the values increased it is within the normal range (35-199mg/dl).

Monthly cost difference of combined daily atorvastatin and gemfibrozil with the alternate day regimen is P805.92 corresponding to 48% cost reduction. When given on alternate basis not only is the cholesterol, triglycerides and LDL reduced but also the price which is reduced to almost half. In the combined daily atorvastatin and fenofibrate with the alternate day regimen monthly cost difference is P948.48 at 34% cost reduction. Alternate day administration of the statin reduced cost by 60%. This is very important in health economics standpoint where most cannot maintain the drugs on daily basis because of the cost.

A. Pharmacokinetics of Drugs Used

Atorvastatin used in this study is a 3-hydroxy-3-methylglutaryl coenzyme A (HMG-CoA) reductase inhibitor. Its inhibition of the HMG-Coa reductase upregulates the LDL receptors in the cell membrane resulting to clearance of the LDL in the blood. A 20 mg and 40 mg dose of atorvastatin alone can lower the LDL by 43% and 48% respectively (8). Aside from the LDL which is the major lipoprotein lowered by statins, triglyceride is also reduced by 10 to 33% and HDL is increased by 5 to 10% (9). Half-life of atorvastatin is 11-24 hours. Its LDL lowering effect duration is longer than its pharmacokinetic half-life making it efficacious even if given on an alternate day basis. The LDL reduction is comparable with daily and alternate day statin administration. With this same efficacy, cost savings is evident at same time lowering incidences of myalgias on patients.

The gemfibrozil and fenofibrates are both used in this study. The effects of fibrates on lipids are mediated by activation of the peroxisome proliferator-activated receptors (PPARs), transcription factors belonging to the nuclear hormone receptor superfamily. Gemfibrozil lowers the triglyceride by 35 to 50% also acts to reduce the LDL by 10 to 15 % and increase the HDL by 5-20% from the baseline (10).  Gemfibrozil has a half-life of 1.5 hours. It can increase the concentration of atorvastatin when given in combination.  Fenofibrates lowers the triglycerides by 41-53% and has half-life of 14-35 hours. There was only one patient on fenofibrate 160mg tablet once a day given on alternate day included in the study, hence it is inconclusive whether this regimen can reduce the triglyceride significantly.

B. The importance of treating Combined Postprandial Dyslipidemia

Fasting lipid concentration similar with fasting glucose does not reflect postprandial state which is characterized by increased in concentrations of glucose and lipids. Postprandial hyperglycemia and lipemia cause oxidative stress triggering   events such as inflammation, endothelial dysfunction, hypercoagulability and sympathetic hyperactivity. Both parameters are related since both result to vascular changes. Patients with postprandial elevation of triglycerides are found to have increased carotid intima media thickness.

Combination treatment with statin and fibrate is indicated in high risk patients with combined dyslipidemia not controlled with monotherapy or patients who are completely intolerant to statins. High risk patients include those with atherosclerotic cardiovascular disease (ASCVD), those with LDL–C ≥190 mg/dL and individuals with diabetes (11). All subjects in this study are diabetics and at the same time hypertensive. Twenty-four weeks’ study comparing atorvastatin and gemfibrozil alone and in combination treatment showed that combination treatment given daily is superior to monotherapy.  Combined treatment lowered the LDL and triglyceride by 26.5% and 24.1% respectively (12). As compared to our study conducted, alternate statin and fibrate treatment with same drugs lowered the LDL by 7% and the triglyceride by 15%.  The percent reduction is lower and this may be due to the small sample size (n=26).

C. Cost- effectiveness of Alternate Treatment with Statin and Fibrate Alone or in Combination

In terms of the monthly expenses, the alternate treatment regimen reduces cost by 34 to 48% in reference to the current price of the agents used in this study (13). The cost is a considerable issue here since most of patients in our practice are unable to sustain a higher price of drugs for their daily maintenance treatment.

LIMITATION OF THE STUDY

The sample size in this study is small. A follow through study with recruitment of more patients is ideal to obtain satisfactory results.

The authors have no conflict of interest in this study.

This research work was completed with the help of our research assistant, Ms. Jacquelin Ombac and clinic secretary Ms. Shirley dela Rosa.

Table 1. Profile of patients whose charts are available for review.

a WHO-Asia Pacific Classification of Obesity

Table 4. Mean differences, percent reduction and P values of lipids from baseline to follow up with fibrate (gemfibrozil) given alone on alternate days

Table 5. Mean differences, percent reduction and P values of lipids from baseline to follow up with statin given alone on alternate days.