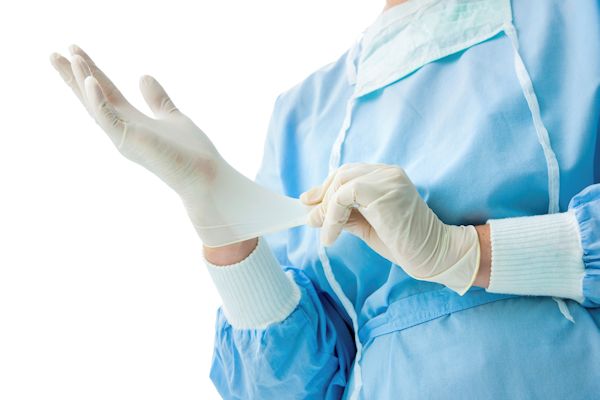 Introduction and Review of Literature

Spondyloarthropathy (SpA) is a family of interrelated conditions that share common clinical (sacroiliitis) and genetic characteristics (HLA-B27) that clearly differentiates it from rheumatoid arthritis and other inflammatory arthritis.

The risk for AS is 16 times higher among HLA-B27 positive relatives than HLA-B27 positive individuals from the general population. (1) First-, second-, and third-degree relatives of patients with AS have markedly increased risks of developing the disease (relative risks of 94, 25, and 4, respectively). (2) However, HLA-B27 contributes to only 50% of the total genetic risk of individuals.  Studies on ankylosing spondylitis (AS) suggest that additional genetic factors, distinct from the HLA region, are involved. HLA-DR4 contributes significantly to a genetic predisposition to SpA among French families. (3) There was a significant association of HLA-DR1 and HLA-B15 with SpA in Mexicans independent of B27. (4) The expression of these genes varied with different forms of SpA.

More than 27 molecular subtypes of HLA B27 have been described thus far. HLA-B*2705 is the most widespread HLA-B27 subtype and is clearly associated with ankylosing spondylitis (AS) and related spondyloarthropathies (SpAs) around the world, except among the West African population of Senegal and Gambia. It is virtually the only observed subtype among the native populations of Eastern Siberia and North America, and is present in approximately 90% of the B27-positive individuals of northern European extraction. HLA-B*2704 is the predominant subtype among the Chinese and Japanese, and is strongly associated with SpA. In Thailand, B*2704 and B*2706 are equally prevalent, whereas in Indonesia B*2706 is the predominant subtype. (5,6)

However, associations with AS appear to differ between subtypes and seemingly, between populations as well. Haplotype studies that investigated HLA-B27 interaction with other alleles indicate a subtype-specific AS association for the B*2704 and B*2705 alleles, but not for B*2706 and B*2709. (7,8) A study done on Taiwan Chinese, however, suggests a protective role for B*2705. (9)

Genotyping has been helpful in identifying more patients with the disease, and also for recognizing the disease very early. Axial SpA has typically gone undetected until much later in the course of the disease. People with the HLA B27 genotype have been found to be most susceptible to developing axial SpA.

Despite the established role that HLA-B27 plays in the development of seronegative spondyloarthropathies, family and twin studies suggest that additional genetic factors may also be involved. Studies on Caucasian populations suggest DRB1*0401 may be associated with AS in Scots, but no association was found between DRB1*01 or *04 with AS or reactive arthritis in Finns. The DRB1*0408-DQB1*0301 haplotype instead, was noted in HLA-B27-positive Finns suffering from reactive arthritis. (10) In Tunisians, a higher frequency of DRB1*15 was found in AS patients, and DRB1*04 in reactive arthritis patients, as compared to healthy controls (11). On the other hand, a study by Komataet. al. involving HLA-B27 positive Japanese individuals suggest a linkage disequilibrium between HLA-B27*05 and DRB1*0101, indicating HLA-DRB1 alleles encoding a shared epitope associated with rheumatoid arthritis may act as an additional susceptibility factor for developing spondyloarthropathy in these individuals. (12)

The general objectiveof this study isto investigate the role of HLA genes among Filipino patients of varying ages with spondyloarthropathies compared to healthy controls seen at the University of Santo Tomas Hospital. The specific objectives are to investigate whether HLAB27 is associated with SpA and whether other MHC alleles i.e. HLA-DRB1 is associated with risk for spondyloarthropathies and severity of disease with HLA genotype

This is a case control study whereby the index patient was matched by both a related and anunrelated control. Demographic profile including serum HLA-B27 positivity, axial and/or peripheral joint involvement, extra-articular features, sacroiliitis, diagnostic (radiograph/MRI findings) were gathered when available in addition to physical examination.

Genomic DNA from both cases and controls (related and unrelated) were extracted from 4 ml whole blood containing EDTA by standard techniques for HLA typing in the Molecular Genetics laboratory of the Institute of Human Genetics, National Institutes of Health, University of the Philippines. HLA-B27 and HLA-DRB1 genotyping were also performed via polymerase chain reaction using sequence specific primers. Genotyping for 18 HLA-DRB1 alleles were done via nested PCR amplification. PCR products were separated via electrophoresis in 2% agarose and visualized using Gel Red nucleic acid stain and UV trans illumination.

The McNemar test was used to test the equality of proportions between the two paired groups. Equality of odds ratios across age groups was tested using Breslow-Day test. The magnitude of association was expressed as odds ratio (OR) with corresponding confidence interval. The level of significance was set at p  0.05.

The study protocol was reviewed and approved by the independent Institutional Review Board of the University of Santo Tomas Hospital in accordance to the Declaration of Helsinki and the International Conference on Harmonization/Good Clinical Practice.

An exploratory analysis whether HLADRB1 gene acts as an additional susceptibility to HLAB27 positive individuals. However, due to the huge diversity of HLADRB1 alleles identified, a statistical analysis could not be deduced from the data.

Of the 89.5% (17/19) AS patients who are HLAB27 positive, 94% (16/17) had axial symptoms, 82% (14/17) had bilateral while 18% (3/17) had unilateral sacroiliitis, 16% (3/19) had uveitis. Five patients presented with bamboo spine that contributes significantly to their limited spine mobility. Two patients developed psoriasis, one 5 years after onset of juvenile AS while the other patient developed psoriasis skin lesions 2 years after significant spine immobility.

To our knowledge, this is the first study to establish the genetic make-up and variation among Filipino patients with spondyloarthropathy. Despite the HLAB27 genotype commonly implicated in spondyloarthropathy, other MHC classes of genes are equally pointed out in various ethnicgroups. A family based association study done by Eder et al., (13) conferred that HLA-B*27, HLA-B*38, HLA-B*39, and HLA-C*12 alleles are all potential PsA-specific genetic markers among patients with psoriasis. Aside from the HLAB27 genotype, there is a significant association of HLADR1 and HLAB15 with SpA in Mexicans independent of HLAB27. (4)

In a random screening done among blood donors in Germany (14), HLAB27 + donors carry 20-fold increased risk of developing SpA. AS and USpA are the most frequent SpA subtypes. Patients with inflammatory back pain with HLAB27+ have a 50% chance of having sacroiliitis. Clinical presentation of HLA-B27 positive patients differ from HLA-B27 negative patients as reported by Chung et al., (15) These patients are associated with a younger age at onset of inflammatory back pain, less delay in diagnosis, lower frequency of psoriasis, and higher frequency of MRI inflammation of the sacroiliac joints. Our study similarly showed a little more than half (9/17) of AS participants who are HLAB27+ had their disease onset <30 years of age. Uveitis as an extra-articular manifestations of AS had been reported to occur between 20-30% in selected population (16) compared to 16% in our study.

Further to HLAB27 gene polymorphism, HLA-B*2701 to HLA-B*2723, Zhen Wu et al., (17) was able to identify B*2704 as the predominant subtype in AS of Han Chinese descent followed by B*2705. HLAB*2715, albeit a rare subtype of B27 allele, is detected almost only in patients with AS. Of the more than 20 subtypes, *2706 and *2709 are not associated with ankylosing spondylitis. However, clinical relevance of presence of both subtypes in AS is not known.

HLAB22 was found to be protective in PsA while HLAB27 in the presence of DR-7, B39, and DQw3 in the absence of DR7 were predictive of subsequent damage. (18) In another study, psoriasis and psoriatic arthritis has been associated with HLA antigens B13, B16 (B38, B39) B57, Cw6, and DR7. (19) The frequency of HLADRB1*0402 was found to be higher in PsA compared to HLADRB1*0401 which was more frequently seen in rheumatoid arthritis patients and controls. Differences in class II HLA epitope in the presence of putative arthritogenic antigen and disease expression remains to be extensively studied. (20)

In summary, we did the first study on genetic polymorphism among Filipino patients with spondyloarthropathy. HLAB27 is found to be strongly associated with ankylosing spondylitis similarly reported elsewhere. However, there was no pattern of association of HLADRB1 alleles identified in our patients. Further studies need to explore on the contribution of genetic susceptibility of HLAB27 genes as well as other genetic markers in details to clinical disease expression in these patients.